«Back to all Articles

The difference between a ‘Perspective Mentality’ and a ‘Master... 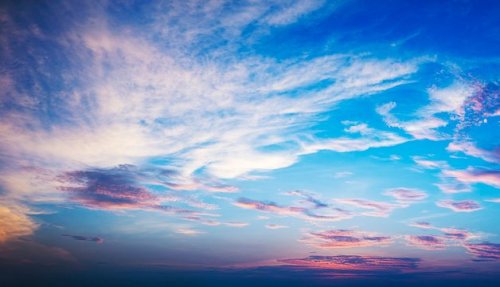 The difference between a ‘Perspective Mentality’ and a ‘Master Plan’

“The heavens proclaim the glory of God and the skies display His craftsmanship” Psalms 19:1

This is one of my favorite stories of  Mr. Sun and a Friend having a deep conversation one day, when the friend asked, ‘Mr. Sun have you noticed how dark the world is?’  'No, actually I haven’t,’ replied Mr. Sun. In all my lifetime of shining I have not noticed one dark spot.   Well, maybe you just have not been looking keenly enough.  Let me take you to a few dark spots and you will realize that this world is really dark.   'Ok’, said Mr. Sun, 'let’s go.’ There is a deep ravine behind a mountain said his friend, let’s go there first and you will see how dark it is.  When they arrived Mr. Sun’s friend said, “now, do you see how dark it is here?  No, said Mr. Sun, it’s very bright from where I am looking.

Strangely enough, the friend had to admit that something changed behind that mountain now that Mr. Sun had arrived.  But she was determined to show how dark the world was so she suggested another dark spot.  Now Mr. Sun would recognize the darkness there.  She took him to a place where there was a fairly large rock and Mr. Sun’s friend lifted the rock and said now, do you see how dark it is in here.

Mr. Sun peeked through the crack where the rock was lifted and could not see any darkness at all and again his friend was perplexed because now that Mr. Sun was peeking through the crack in the rock it was no longer dark.  After much effort to show Mr. Sun how dark the world is his friend realized that because she had taken Mr. Sun with her in all the dark places, even her perspective changed, and the areas that were once very dark was not dark any more.  What Happened??

The obvious was Mr. Sun’s friend had a well-intentioned master plan to introduce Mr. Sun to the severe darkness that existed in the world.   Her perspective was not entirely off, because on her own personal venture the world was a pretty dark place.   What she lacked in perspective was keen discernment in recognizing that wherever Mr. Sun showed up darkness could not prevail.

How willing are we to explore new learning and create a space for bigger discoveries when we become aware that our perspectives may just be ready for expansion?  Something to ponder as we revisit the greatness of the Master’s plan compared to our limited ‘perspective mentality’.

Arlene Hoffman is a Life + Executive Coach living in the United States. She owns AJH The Coach, an organization passionately investing in professional and non-professional individuals desiring to maximize their potential but find themselves vulnerable to abort ‘Important-key decisions’ in the midway process. Helping individuals fulfill their life purpose and navigate life authentically and creatively.

Managing A Disciplined LifeI had a dream years ago that...